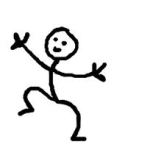 When I wrote my first book, Love in the Afternoon, I wasn’t planning too far ahead. But then a funny thing happened. I liked my secondary characters, Matt and Kelly, so much that I had to write about them in The Winning Season, and then I liked the secondary characters so much in that book that I had to write a book about them too. And so now I have a series! Very cool, right? Yes, but not so cool if you can’t come up with a series name.

A series name is crucial these days when so many authors write books with characters that are connected in one way or another. It lets readers know that a) you have a series and, b) what order to read your books in if they aren’t familiar with them already.

The biggest problem I had when I tried to come up with a series name was that I’d started the series with a book set in Hollywood (with two soap opera actors) and then moved it up to San Francisco, where my hero plays for the fictional MLB baseball team, the San Francisco Blaze. My upcoming release, Catching Heat, also features a player from the Blaze, and my holiday novella released last month (A Christmas for Carrie) is connected to the series as well.

For months I racked my brain trying to come up with something—anything—that would tie all the books together, and after a few truly cheesy ideas (Hearts Ablaze, Hearts on Fire), I finally came up with one that I thought could incorporate all the books in this little universe I’ve created. So I sent my latest idea to my editor, Angela James, at Carina Press and, lo and behold, she liked it and shared it with the team. And they liked it too! So now when someone asks me what my series name is I can finally tell them!

PS: That little stick figure doing the happy dance at the top of this post is how I would look if I had a picture of me doing it…only skinnier.

5 thoughts on “Feeling the Heat aka My Series Finally Has a Name!”